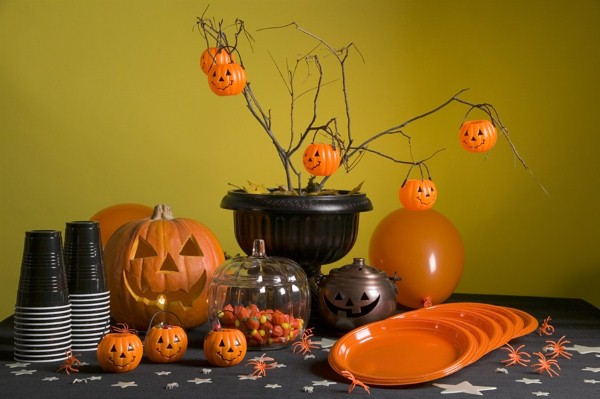 It’s already October and for those of us who believe in the more spiritual side of things, that means one exciting thing – Halloween.

Falling on October 31st each year, it’s one of the calendar’s most fun festivities and although it has undoubtedly become very commercialised in a lot of ways, Halloween is still a great chance to lament the afterlife and our place in history.

What exactly is Halloween?

Halloween or All Hallows’ Eve is the time just before the feast of All Hallows’ Day in November and has traditionally been a time for remembering dead saints, martyrs and good people. The word itself is believed to date back to the mid-18th century, although the actual festival has been around significantly longer.

However, there is some disagreement over the exact origins. Some say it is purely a Christian festival, while others insist it pre-dates this religion and instead has its roots on Paganism or Celtic harvest festivals.

Although some people still like to observe religious rituals, this side of Halloween tends not to feature much in modern-day celebrations. We do still maintain some traditional aspects though, such as lighting candles to remember people by.

Other traditions and beliefs

Halloween is seen as the one night of the year when the veil between our world and the next is at its thinnest, meaning spirits and supernatural beings have the chance to slip through and wander among us.

There are some quite macabre beliefs surrounding this date, including the suggestion that October 31st is a time when the malevolent dead have the opportunity to exact revenge on anyone left here on Earth for one day only.

This is where the idea of dressing up came from – if you don a costume, there is a chance that the spirit might not recognise you and you can hide until their time is up. However, this idea is widely seen as a bit of fun, so don’t be too fearful.

Another tradition is the hollowing out and carving of vegetables. To start with, they were turnips or mangel wurzels, but settlers in the US adopted pumpkins because they were easier to carve out and the icon of the jack-o-lantern was born.

Some suggest that the earliest pranksters wanted lanterns with sinister faces to trick people into giving them rewards, while others argue that the lanterns were part of the pranks if left on neighbours’ paths and porches.

Another, more frightening myth centres around a man called Jack, who bumped into the devil after a night’s merry-making. He tricked the devil into climbing a tree, then carved a cross in it to stop him getting down and would only free him after striking a deal that the devil could never have his soul.

Unfortunately for Jack, he couldn’t get into heaven when he died (because of all the merry-making) – and the devil wouldn’t retract on his agreement to allow him into hell. However, he did throw him a red-hot coal, which Jack put into a hollowed-vegetable for light and warmth.

Poor Jack is said to still be wandering somewhere between our world and the afterlife, seeking a place to rest in peace – so it could be him you encounter this Halloween.

Rituals and contacting the dead on Halloween

There are lots of rituals surrounding Halloween – indeed, it’s the one day of the year when everyone is suddenly interested in Wicca, crystals and tarot readings.

For instance, a popular one is for unmarried women to look into a mirror and invite the image of their future husband to appear in the glass before them, or to throw apple peelings over their shoulder and deduce his initial from the shape it makes on the floor.

These are mostly campfire tricks beloved by teenagers, but the ancient belief that Halloween thins the gap between the living and spirits supports the idea that this could be a good time to try to get in touch with departed loved ones.

You could do this by picking a quiet place and looking at a photograph of the deceased. Concentrating on it, talk to them and tell them you miss them, adding that you would like to hear from them if you wish. If the contact works, you may feel an overwhelming sense of love.

Of course, there are also options such as Ouija boards and séances, but caution is advised before venturing into this territory. The layperson could unwittingly end up inviting malevolent spirits in, rather than benefiting from communications with their loved ones.

Instead, let us do the hard work by giving one of our mediums a call. We’ll no doubt be as busy as usual this October 31st, but we’ll try to fit in as many conversations as we can – and yours could be the one that changes this festival for you forever.

I am a Clairvoyant who specialises in Tarot & Angel Cards, as well as Runestones. I like to be able to help my clients see a different insight to their issues, and guide them on their path. I am very understanding and non judgemental. I will be very sensitive to clients emotions.

MYSTIC LUCY I am a natural born Psychic, Clairvoyant and Medium. I have 18 years experience and have helped thousands of people during this time. I link with my cards and work with my guides and my abilities as a medium. I have a guide called Father John and I work with Angel Energies in particular

I am a natural born psychic, my skills are empathetic, clairvoyant, medium and psychic. And use tarot cards to link with. I have been a reader for ten years, and I can offer whatever guidance you need when you call me,, to help you whether it be for relationship, career, house move, money or spiritu

I am a naturally gifted Psychic, Clairvoyant and can channel into your your voice vibrations to give you a very accurate reading. I specialise in relationships and career, and can tune in to all issues in your life. My guide is my grandmother who gives me all the messages and at times can bring hum

I am always honest and give positive readings to bring light into a persons life. As well as positive thoughts I work with my spirit guide, and I use Tarot to enable to see the bigger picture, and deeper understanding. I practice Reiki and I can send distance healing to people or pets.